Popular Sites to Visit in Trashigang and Trashiyangtse

The little town of Trashigang is on the top of a mountain. The town remains the center of religious and secular activity in the east and is a growing commercial center. The 17th century Dzong is built on the top of a cliff at the edge of the town. Trashigang is also used as the market place of the nomadic people of Merak and Sakteng who are known for their unusually sharp features and for their costumes which are brightly colored and different from customary Bhutanese clothing. Trashi Yangtse offers exciting trekking opportunities and is one of the two locations where the endangered Black Necked Cranes can be spotted in winter. Trashi Yangtse is also famous for the Chorten Kora, which is one of the only two chortens built in the typical Nepalese style as prophesied by Guru Rinpoche. Trashi Yangtse is also famous for the traditional Bhutanese woodcrafts. 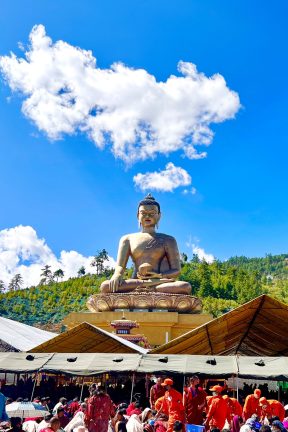